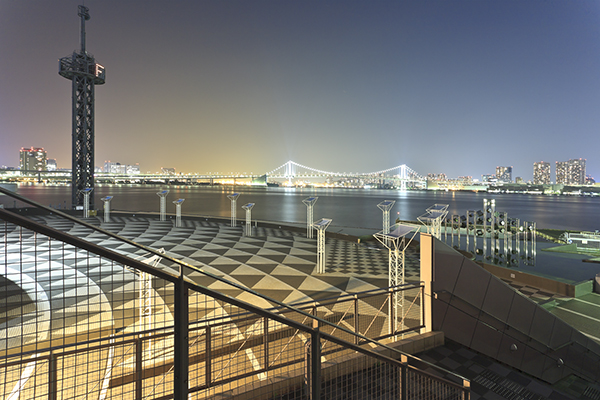 After studying Photography at the Istituto Europeo di Design in Milan (1987), the Lugano-based photographer started working as a photojournalist for a range of magazines, spending time in the Himalayas, Southeastern Asia and specifically in Japan. Today Aroldi deals mainly with subjects and themes related to architecture, urban landscape, nature and reportage.

His awards include the SBF Award in the reportage category (2008), the Japan Professional Photographer Society Award (2009) and the  IPA- International Photography Award (2016) (Interior Design category).

Aroldi travelled to Japan for the first time in 2007. He settled in Tokyo for several years, fascinated by the country. SBF INFO wanted to learn more about Aroldi’s longstanding fascination with Japan and what it was like to live and work there as a photographer, given the different social and cultural context.

Can you tell us what was attracting you to Japan? It was lightning strike, immediately. Just out of Narita's airport for the first time, I felt a deep affinity. I was struck by the beauty of Tokyo's sunlight. I appreciated the peculiarities of the Japanese culture and way of life. I felt a deep respect for the community and the kindness and refinement of people in interpersonal relationships. I also love the megalopolis of Tokyo, immense and complex, but absolutely livable.

What was your main focus in Japan regarding photography? In terms of commercial work, I devoted myself mostly to architectural and interior photography. I worked for architecture studios and companies in that sector. My personal research has been carried out mainly in the field of Tokyo's urban landscape. I also did some reportages on the traditions of the country. In particular, I was fascinated by the “matsuri", Japanese festivals and handicraft workshops linked to ancient working methods.

How did you go about your photography jobs in Tokyo? Networking is a top priority. I used to go to architectural symposia and conferences. There I met some people who later became my clients. I also maintained good relations with the economic hub of the Swiss and Italian embassies. During their events I met managers or company directors with whom I later started working. Being a foreigner has made this easier. The biggest challenge was to build my network of contacts from scratch. It was difficult but also very interesting and exciting.

Did you notice any difference in your approach to photography in Japan compared to Europe and Switzerland? What is profoundly different concerns the search for new customers and the relationship that is established afterwards. It is always necessary to be introduced by someone to a potential new customer, whether it's a small architectural firm or a large company. The direct approach, which is appreciated in Europe, is perceived in a negative, almost arrogant way in Japan. The first meeting, which usually lasts several hours, is crucial. It is essential to show a high-quality and elegant paper portfolio. There is usually a long discussion that serves to get to know each other personally. It takes a lot of patience and the ability to adapt to a completely different work culture.

Do you speak Japanese? I speak a bit of Japanese. It is a difficult language. To be able to speak it, it is important to understand, to feel and live the culture of Japan. Many expressions used in Japanese are untranslatable in European languages. And the opposite is true. I really like the study of ideograms, which can frighten you for their complication, but when you start to understand the system, it has an irresistible charm. Weblink