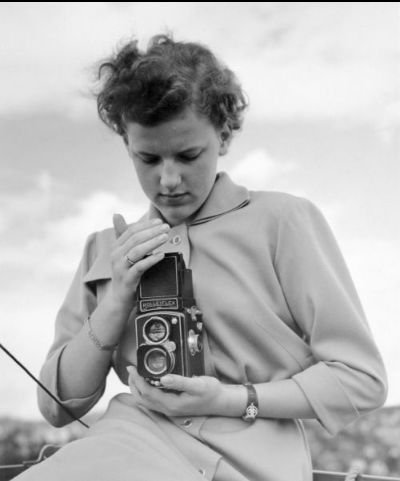 Later she worked as a freelance photographer for various family and women's magazines, including "Die Frau", "Femina" and "annabelle". In 1956 she married the photographer Fred Mayer, with whom she realised numerous projects and published around thirty illustrated books.

In the foreword to Ilse's latest book, "How We Made, Siddhartha, Diary from 2011", she wrote: "Fred and I have been married for 55 years and have a life as beautiful and interesting as few are granted. We saw many countries, met many people who were still looking for their happiness, the meaning of life. It was precisely from these hopefuls that we learned a lot." Her life, her work, but above all her pioneering role as a photographer or photo reporter, as Ilse liked to call herself, was honoured in 2014 with a wonderful portrait in the book "Zürcher Pioniergeist".

Ilse died unexpectedly on the morning of 5 October 2021 in Zurich. She is survived by her husband Fred and her daughter Sibyll. Ilse, and Fred as an honorary member of the SBF, were on friendly terms with the association for many years. We will miss Ilse as well as the beautiful meetings with her, the evenings together and the countless stories from the unique life of both of them. We extend our deepest sympathy to the bereaved families.