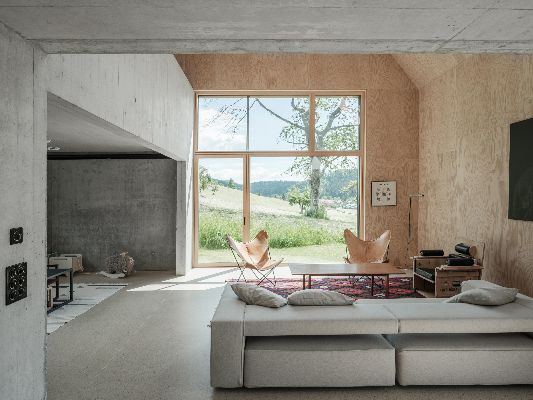 Silvano Pedrett. The Winterthur-based architectural and landscape photographer is a structural draughtsman, architect and photographer and recently became an SBF member. Pedret tells us how he combines his architectural knowledge with his photographic skills and why he joined the SBF.

There is a lot of competition in architectural photography - what sets you apart? In contrast to the classical photographer who takes pictures of houses, I can claim as a graduate and professionally experienced architect that I often already understand a building without the architects' explanation and can capture its essence in a few pictures.

What interests you as an architect in photography? We perceive architecture visually in three dimensions. Photography, however, is "merely" a two-dimensional medium. This reduction of the third dimension is similar to an architect's plan. As the creator, I have to learn to use two dimensions to also depict the third dimension so that the construction worker can read the plan or the viewer can understand the photograph. I have made it my style to explain a space with two-dimensional images that are as reduced as possible, often a simple frontal perspective. Our imagination is underestimated, often the hint of an element is enough.

What kind of buildings do you prefer to photograph? There are different answers for me depending on how I look at it. Personally, I like images with strong contrasts, such as images of Brutalist buildings. When I photograph a building, I like buildings where you can see the attention to detail of the architects.

Which materials do you prefer to photograph? Personally, I like an application of building materials that is appropriate to the material. I have a preference for concrete and wood. The style summarised under the fashion term "Japandi" appeals to me very much!

Why did you join the SBF Association? Although I don't always sit in a dark room due to my work as a photography instructor, as an architectural and landscape photographer I am mostly a one-man show. As a member of the SBF, I would like to expand my network and benefit from the professional discussions and other things.