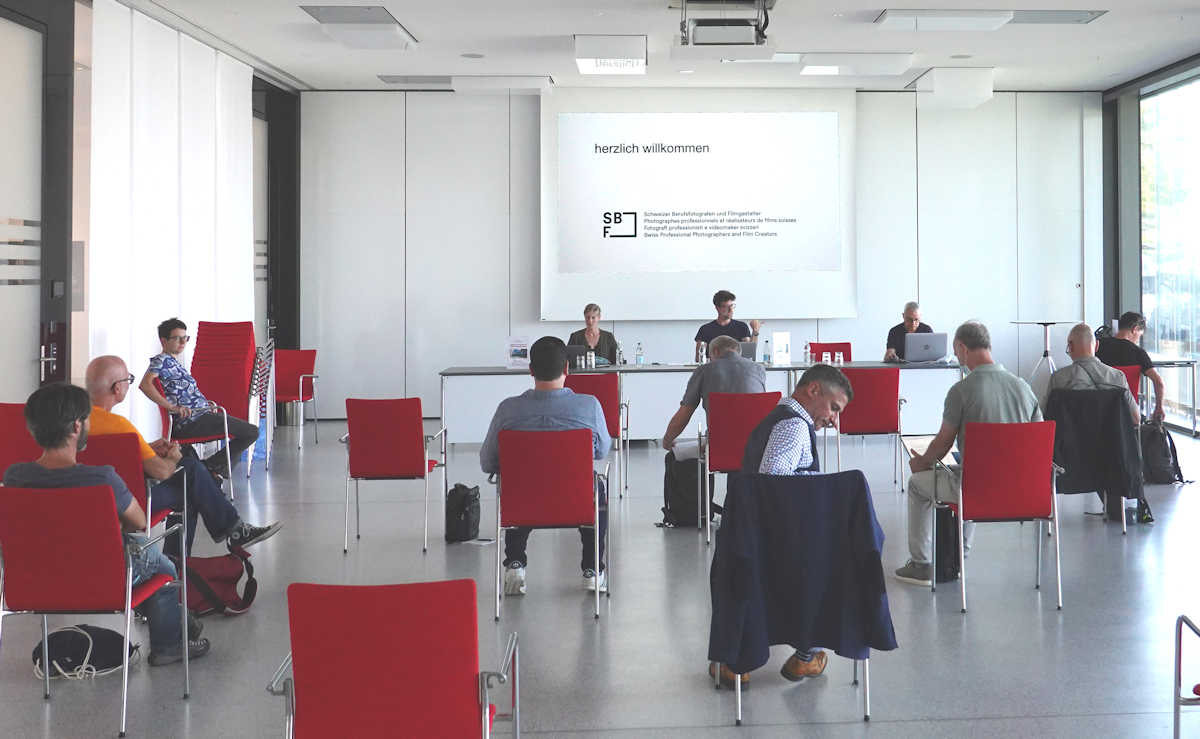 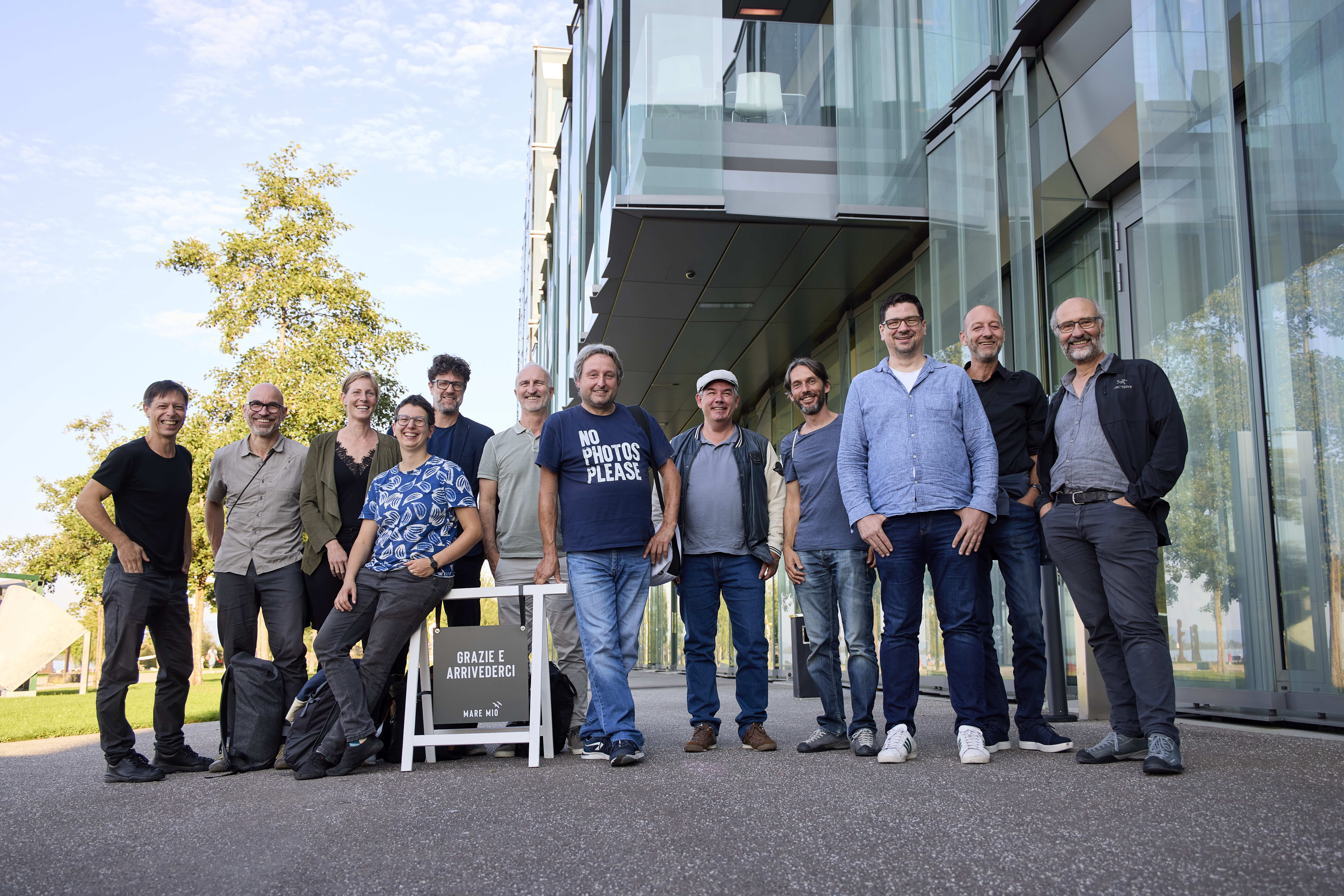 On Saturday, 4 September 2021, the 135th Delegates Assembly of the SBF (Swiss Professional Photographers and Film Creators) met. The venue was the Würth Haus in Rorschach, an impressive, modern office building located directly on the lake, which also provides conference rooms and holds exhibitions - currently one on the topic of climate change by Barbara Dombrowski.

With 16 participants, the delegates' meeting was rather moderately attended, which was due on the one hand to the brilliant autumn weather and on the other hand to Corona-related hindrances. The Presidium, consisting of Barbara Hess and Remo Ubezio, opened the meeting punctually at 4 p.m. and quickly went through the agenda.

The programme for the association year 2020/21 was strongly influenced by the pandemic, which meant that all meetings were held online and finally the membership fee was reduced by half. During this time, Daniel Zihlmann also took over the "Corona coordination", wrote various articles and statements in the newsletter and was in contact with the authorities regarding legal clarifications.

Werner Indlekofer then reported on the continuous development of the website www.sbf.ch, which with Typo 3 and the planned further developments is multi-user capable and already multilingual with a view to the merger. The Typo 3 installation is designed for several thousand members and can be expanded at any time.

Beat Ernst then gave information on the activities of the SBF Copyright and Legal Commission, which had been called upon more than usual by many members as a result of the pandemic, especially with regard to studio closures and questions about assistance measures.

Marion Bernet informed about the current state of negotiations on the merger of the three photographers' associations SBF, vfg and USPP mentioned above. Regular and intensive workshops have been taking place for months. "The atmosphere among the three associations is extremely cooperative and characterised by a lot of respect and consensus. The merger team is confident that a win-win solution can be found for the merger," explained SBF President Remo Ubezio.

One question that came up in the discussion was why Imagingswiss had not been invited to the merger talks, since the members of this association would realise photographic assignments more and more intensively as a result of the shrinking photographic equipment trade, and since training was also tending more and more towards photography. Remo Ubezio explained that informal talks had taken place with Imagingswiss and that they would remain in contact. A major difference is that the members of the photographers' associations are almost without exception individual companies, whereas Imagingswiss unites companies with several employees. This would create additional complications of a merger of the four associations.

After the usual business of the association, the election of the two auditors and the confirmation of Marion Bernet as representative of the section Bern / Espace Mittelland, the meeting moved on to the social part, which also consisted of a visit to the very interesting exhibition on climate change by Barbara Dombrowski, which can be seen until 24 April 2022.